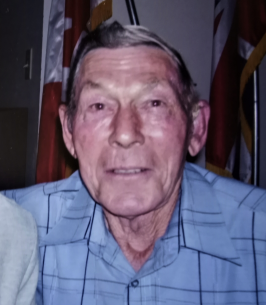 Freiman passed away peacefully at Renfrew Victoria Hospital, with family at his side, on August 5, 2022, at the age of 84 years.
Loving husband and best friend to Jeannie Virgin (nee Dodd), for the past 62 years. Survived by his sister Gertie Lepere (late Louie) and sister-in-law Delta Virgin (late Leslie). Frieman is the brother-in-law of Jess and Garry McFee, Bonnie Fraser (late Sandy), Stewart Dodd, Marilyn Dodd, Robert Dodd, Joycine Dodd. He will be fondly remembered by many nieces and nephews, grand-nieces and grand-nephews, friends and neighbours. He will be greatly missed by his canine friend, Neesa. Freiman is predeceased by his parents, William and Octavie (Gagnon) Virgin, also by his siblings and their spouses; Clifford and Marjorie Virgin, Hilda and Frank Lucenti, Rita and Archie Miller, Beatrice and Arden Hay.
Visitation will be held at the Zohr Family Funeral Home, Renfrew on Monday From 2-4 & 7-9pm. Funeral Service will be held at the Zohr Family Funeral Home Chapel on Tuesday August 9, 2022 at 2pm, followed by interment at the Goshen Cemetery. As an expression of sympathy, donations to the Renfrew Victoria Hospital Foundation, the Sunshine Coach (Friends of the Disabled, Renfrew) or a charity of your choice would be greatly appreciated. Condolences, tributes and donations can be made online at www.zohrfuneralhome.com