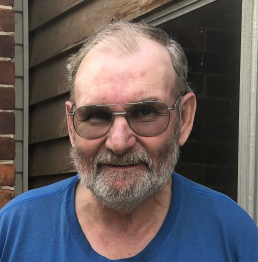 Kevin was happiest sitting and digging in an excavator, which he did for several construction companies all
across Canada during his “working years”. He also enjoyed doing side jobs with any heavy equipment he could get his hands on for family, friends, and acquittances who later just became friends. His “retirement years” have been spent in his bush, where he was happy swinging a chainsaw and skidding the logs out with his trusty Massey Tractor. Kevin’s home shop was another place you would find him fixing up older model tractors, with his last project being the family 1959 John Deere 430 Tractor, which he was very proud of! As family, we wish to extend our sincere thanks to everyone for the many kind words and gestures of support. Our faith in God, along with your love and caring, is what will help us through this difficult time.

Arrangements have been entrusted to Zohr Family Funeral Home (Killaloe) and per his wishes, Kevin’s cremation has taken place. The family invite you to attend a Memorial Service with Luncheon to follow, at Grace Evangelical Missionary Church in Killaloe, Ontario on Sunday, August 21, 2022 at 2:00 pm. In lieu of
flowers, donations can be made to Grace Evangelical Missionary Church or St. Francis Memorial Hospital
Foundation. Tributes, condolences and donations can be made online at www.zohrfuneralhome.com