To share your memory on the wall of Lawrence Sarazin, sign in using one of the following options:

Donations are being accepted for: Tennisco Manor.

We encourage you to share your most beloved memories of Lawrence here, so that the family and other loved ones can always see it. You can upload cherished photographs, or share your favorite stories, and can even comment on those shared by others.

Posted Jan 03, 2021 at 07:11pm
Our deepest sympathies at this time at hearing of Lawrence’s passing. These times have been difficult for all but very glad he got to spend time with his mom. I know she knew he was there. I witnessed many times her interactions with you all. There was always a spark especially when she saw Lawrence. Big hugs to all.
Comment Share
Share via:
KK

Evelyn, Marlene, Mary Ann, Elaine, Maureen, Johnny & Joanne so very sorry for your loss. Lornie, as we all knew him , was a kind and loving person who loved to laugh and joke with everyone. We will all miss him. May he forever rest in peace with God. Sending Love and Hugs, Brenda Kruger. (Sarazin). ❤❤❤ 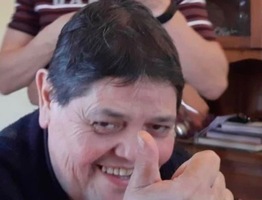