To share your memory on the wall of Margaret Barber, sign in using one of the following options:

Provide comfort for the family by sending flowers or planting a tree in memory of Margaret Barber.

Provide comfort for the family of Margaret Barber with a meaningful gesture of sympathy.

It is with sadness we announce the passing Margaret Adeline Barber at the age of 101, on Thursday, November 26, 2020 at the Renfrew Victoria Hospital.

Margaret was the daughter of the late William & Katherine (Emon) Piasetzki of Pucker S... Read More
It is with sadness we announce the passing Margaret Adeline Barber at the age of 101, on Thursday, November 26, 2020 at the Renfrew Victoria Hospital.

Margaret was the daughter of the late William & Katherine (Emon) Piasetzki of Pucker Street in Bagot Township near Renfrew. Margaret was predeceased by Clarence, her beloved husband of 51 years, her sister, Liala Gilchrist (late Wellington), as well as her brothers, John Piasetzki (late Mary) and Donald Piasetzki. She will be missed and remembered by her daughter Beverly Barber (Bob McCullagh) and son Garnet Barber (Shirley), as well as her sister-in-law Georgina Piasetzki.

Following her marriage in 1944 she and Clarence left the familiarity of Renfrew and went on a journey to Kirkland Lake where both children were born. Kirkland Lake was followed by Bancroft and then to White Lake in 1959 finally settling into their home on Queen Street in Renfrew in 1960. She lived there until 2018 when she felt, at the age of 98, it was time to downsize into the Quail Creek retirement home in Renfrew.

She was always very active in various church and senior's groups. Her turnip casserole was a favoured request at any pot lucks. In the summer months, when she drove around Renfrew in her 1968 two tone brown Mercury Monarch, one always knew where she was.

Margaret treasured her time playing cards with friends. Whether it was at the Senior's Centre, Renfrew Legion, Haley's Station, Horton Township Hall, Recreation Centre or at Quail Creek those times were always precious to her.

A heartfelt thanks to the staff at Quail Creek, Dr. Mushtaq and the 2nd floor staff at the Renfrew Victoria Hospital and to all of you who played a memorable part in her life's Journey.

Margaret's final care has been entrusted to Zohr Family Funeral Home, Renfrew, A private family service will be held in the Zohr Family Funeral Home Chapel. Interment White Lake Cemetery. In lieu of flowers, kindly consider a donation in Margaret's Memory to the Sunshine Coach, the Renfrew Victoria Hospital or a charity of your choice. Tributes, condolences and donations can be made online at www.zohrfuneralhome.com 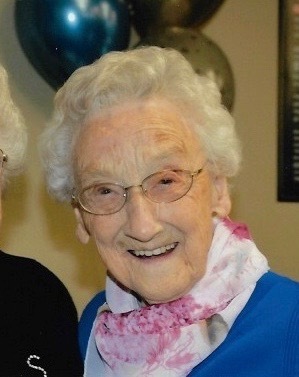 Donations are being accepted for:
FRIENDS OF THE DISABLED (RENFREW) INC. RENFREW VICTORIA HOSPITAL FOUNDATION

We encourage you to share any memorable photos or stories about Margaret. All tributes placed on and purchased through this memorial website will remain on in perpetuity for generations.

HI Bev, my sympathy and best wishes. Your Mother was obviously an amazing lady and so glad we had her on this earth for as long as we did and she certainly left the world a better place because of her presence..
Comment | Share Posted Dec 06, 2020 at 04:15pm via Condolence
JR

Garnet, please accept my sincere condolences on the loss of your mom. It sounds like she had a great life and you will have many fond memories to keep you in good stead. Regards....Jim Rayner, Kingston, On.
Comment | Share Posted Dec 05, 2020 at 03:59am via Condolence
CT

So sorry to hear about your Mom, Bev. What a lovely photo of her. She looks just as I remember her. She was such a nice lady. You and Garnet will have lots of nice memories. Take good care. Ruth (Church) Higginson.
Comment | Share Posted Dec 02, 2020 at 03:06pm via Condolence
DM

Beverly, Bob, Garnet & Shirley
Sorry for your loss. Such an amazingly lady. A heart of pure gold. May the wonderful memories that you all have guide you in your days ahead. Her infectious smile could light up any room. She will be dearly missed by everyone, especially all of you . Sending big hugs to each & everyone of you !! William McNulty & Family
Comment | Share Posted Dec 01, 2020 at 09:27am via Condolence