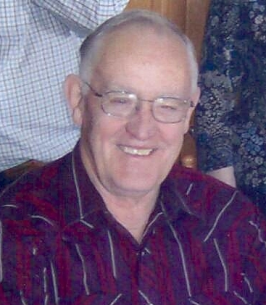 In his early years he worked on road construction for Dibblee's, moving to Oakville where he built a home and worked in water treatment plants. Then, in 1974 he became superintendent for the new water and sewage plants in Barry's Bay. In 1978, Killaloe plants were added. He retired in 1993 after 33 years with the Ministry of the Environment. Traveling by 5th wheel throughout Canada and the USA for many years. From Alaska, Florida, Texas, Mexico, Jamaica, Phillipines, Medjugorje, Vancouver, St. John's to Yellowknife and many places in between with his wife and friends. From Pembroke fiddle weekend to plowing matches through Ontario by RV, he was always on the go. From Branson Missouri, Wheeling West Virginia and the Grand Ole Opry to name a few.

Raphael had a loving and gentle spirit, deep in his faith with God. Involved in his church as a eucharistic minister for many years. A dedicated 4th Degree Knight with the Knights of Columbus for over 40 years. He was a founding member of the St. Casimir's Council. With a deep connection to his Sernoskie Family, there were many family functions over the years involving music, meals and dancing. Great memories at the Buck Hill Hunt Camp with family and friends for many years. He enjoyed deer hunting, ice fishing, card playing, curling and gardening. From neighbourhood watch, volunteer firefighter, blood donor with over 100 donations, driver for home support for 10 years, meals on wheels while living in Barry's Bay, being generous to many charities, always eager to help family and friends with his carpentry, electrical and plumbing skills. He will be dearly missed.

The family would like to extend a special thanks to S.F.M.H Staff and Caregivers, Dr. Dawes & M.V. Hospice for the spectacular care for Raphael for the 11 weeks he was there. A special thank you to the pallbearers Stanley Sernoskie, James Sernoskie, Allan Sernoskie, Wayne Sernoskie, Carl Sernoskie and Brian Sernoskie. The family would also like to thank Karen Pecarskie for the readings, Father Murray for the Mass, Father Shalla for the Homily, the organist Joseph Platt and his accompaniments Teresa and Raphaela, the altar boys, the Fourth Degree Knights of Columbus honour guard and Zohr Family Funeral Home for their spectacular care for Raphael.

Professional arrangements entrusted to Zohr Family Funeral Home, Killaloe. Friends and family were received on Friday, February 25, 2022 from 4:00pm - 7:00pm and Saturday, February 26, 2022 from 9:00am - 10:30am at Zohr Family Funeral Home, Killaloe. A Mass of Christian Burial was held at St. Andrew's Catholic Church on Saturday, February 26, 2022 at 11:00am. Spring interment will take place at St. Casmir Cemetery, Round Lake Centre. If so desired, donations in memory of Ray may be made to the St. Francis Valley Healthcare Foundation, online at www.zohrfuneralhome.com.