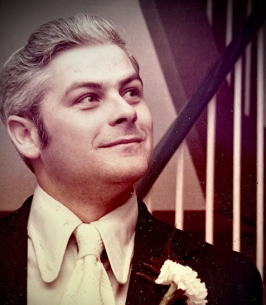 It is with great sadness that we announce the passing of Ron Adams on June 23rd, 2022 at the age of 81. Ron will be missed greatly by his loving wife, Marilyn Adams.

Ron was a kind man that had a smile for everyone. He loved the children and could not say a bad word about anyone. Ron loved the outdoors where he enjoyed snowmobiling, riding his Gold Wing, running the trails with the ATV’s, boating, camping, fishing and hunting. Most of all, Ron loved spending time with his family and friends at the Hunt Camp. Ron was a great handyman that could fix anything. He would not think twice to help you with a problem or lend a hand to his neighbours to help build whatever they needed. Family and friends were Ron’s life. He was a kind soul and will be missed by everyone, we love you, Dad.

He was the son of the late Melvin and Olive Adams and is survived by his two brothers and sister, Donald and Edwin Adams and Corinne Kirkwood.

The family would like to thank the Bonnechere Manor for their incredible care of Ron.

In lieu of flowers, donations in Ron's memory may be made to the Bonnechere Manor Auxiliary of Renfrew. Tributes, condolences and donations may be made online at www.zohrfuneralhome.com