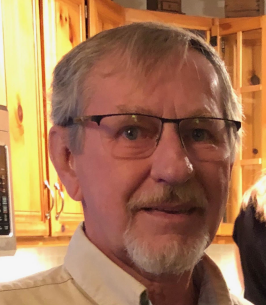 Stewart Grant Thomson was a caring, loving husband, father, grandfather, brother and friend. He left this world suddenly in the afternoon of Friday, June 10, 2022 in his 71st year.

Stewart is survived by his beautiful wife, Helene and loving children Cindy (Stephen) and Jody (Ellen). He was a proud Pepere to Lainy (Zack), Jorja, Isabella, Zander, Malaki and Wyatt. He will be missed by his beloved dog Beau, who was always by his side.

Stewart retired from CMHC 15 years ago and he became an avid gardener. He took pride in his beautiful gardens and landscape at the home he shared with his wife in Matawatchan. Stewart was often found in the family sugar bush making his famous maple syrup, he so generously shared with friends and family. Stewart loved to dote on his wife Helene and they shared a love for travelling. Stewart loved spending quality time with his grandchildren and had a special relationship with each one of them.
He was truly a family man and you would often hear his family say “Stewie walked on water”!

Stewart's final care has been entrusted to Zohr Family Funeral Home, 85 Munroe Avenue East, Renfrew where visitation will be held on Friday, June 17, 2022 from 4:00 until 7:00pm. A Funeral Service will be celebrated at St. Andrew's United Church, Matawatchan Saturday morning at 11:00am. In memory of Stewart, please consider a donation to the Canadian Cancer Society.
Tributed, condolences and donations may be made online at www.zohrfuneralhome.com