To share your memory on the wall of Edna Paton, sign in using one of the following options:

Provide comfort for the family by sending flowers or planting a tree in memory of Edna Paton.

Provide comfort for the family of Edna Paton with a meaningful gesture of sympathy. 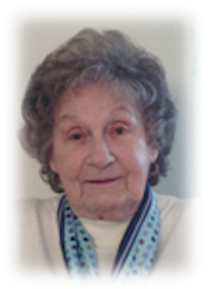 We encourage you to share any memorable photos or stories about Edna. All tributes placed on and purchased through this memorial website will remain on in perpetuity for generations.

Dear Murray & Helen. I met Edna and you while working at GPL. She made me smile on many occasions and your generosity will always be remembered. Sending my sympathy to you on the loss of your Mom.
Comment | Share Posted Jan 17, 2021 at 07:56am via Condolence

Thank you for your kind words. Edna enjoyed her time while there. It was the people like you made it so much easier for the families. You were very caring, thank you
Posted Jan 18, 2021 at 04:03pm
M

Will miss our little visits at Christmas. She might not have rembered who we were but enjoyed our visit just the same.
Comment | Share Posted Jan 16, 2021 at 07:31pm via Condolence

Thank you Marilyn, your friendship meant a lot to her and us. Thinking of you at this time also. May your memories keep forever.
Posted Jan 18, 2021 at 04:09pm